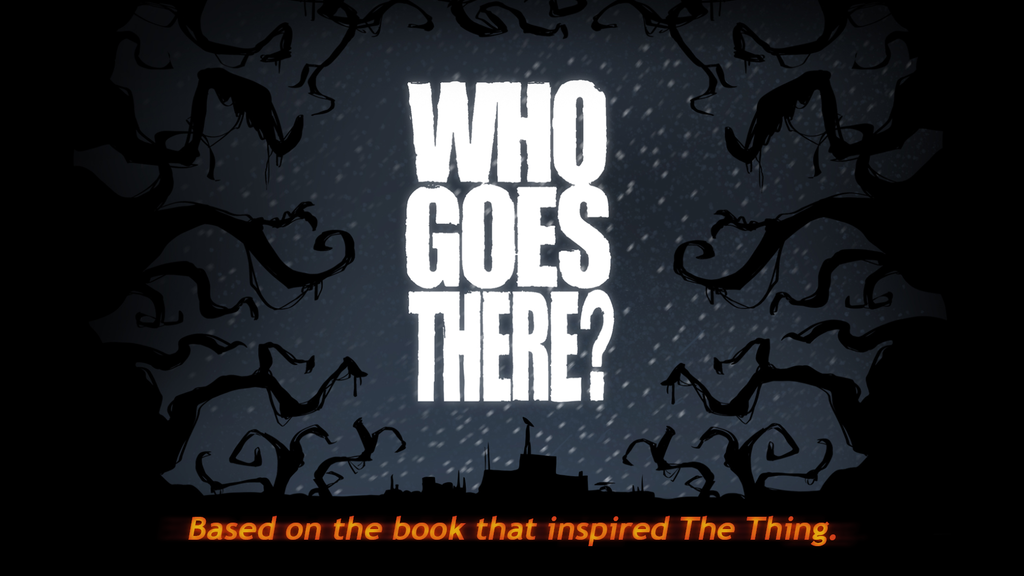 The celebrated novella that inspired John Carpenter's landmark film THE THING is now a tabletop game! Now play as one of the original characters in this official tabletop adaptation - a suspenseful game of co-op, strategy and growing paranoia.

Latest Updates from Our Project:

Actually, a little less than 24 hours are left in our WGT? 2nd Edition campaign, but I thought it sounded better to round up. I know a lot of you are already in for the upgrade, but wanted to reach out one last time to those of you that may be on the fence. This is what Anthony has been working on to make the new Deluxe, Deluxe even better than the original. Take a look and let us know what you think!

This new box is available with the Deluxe, Deluxe Upgrade Pack and includes the 4 new characters inside, so everything is nice and snug in one Kallax friendly box!

If you are interested, but just not wanting to pull the trigger in such a crazy time, we completely get it. A $1 pledge still gets you access to the pledge manager and would keep you locked in to the Kickstarter pricing if it's something you think you'd eventually like. Either way, we hope everyone is staying healthy and safe. Thank you for supporting us through the years!

- the team at Certifiable

Not that we need any more Growing Paranoia at this time, couldn't help but want to send a quick update about Things happening in the 2nd Edition Kickstarter!  We have one week left.

If you thought the insert for the first edition was great, this one will be even better, and it fits in a Kallax! The Deluxe, Deluxe Upgrade Pack we are offering comes with all the new components to upgrade the original game, the four new expansion characters, and a great box to hold it all! Of course, if you aren't interested in the new characters, there's no need for the box.

We also will be giving backers a choice of box art during the pledge manager.

The Deluxe, Deluxe box will be limited based on the orders we get during Kickstarter, and won't be available retail, so wanted to make sure you were aware.  www.whogoesthere2.com

Most importantly, we truly hope you are staying safe and healthy during this troubling time!

- your friends at Certifiable Studios

We launched our Kickstarter for the Who Goes There? 2nd Edition yesterday, and thanks to many of you, it was funded in less than 30 minutes! Thank you!  For the rest of you, this is just a quick peek at one of the videos explaining what is different in the 2nd Edition in case your are interested.

Please check out the Kickstarter page at www.whogoesthere2.com to learn more!

Have a great week!

Just a few more days until we launch the 2nd Edition of Who Goes There? on Kickstarter. We hope you'll join us and see what's new, such as KEYS, BUILDABLE HOST TESTS, FROST BITE, and NEW CHARACTERS among other THINGS!

Instead of making you buy the game again, we are going to have an upgrade pack available for $20.  If you are interested in buying the new expansions as well, that price will come down with package discounts. Be sure to check it out! www.whogoesthere2.com.

Until then, have a great rest of the week!

Hey everyone! We are excited to let you know we are launching our Kickstarter for the Who Goes There? 2nd Edition on March 2nd!  If interested, be sure to follow the project at www.whogoesthere2.com and you'll get notified when the campaign goes live.

There will be more to share later, but among some of the 2nd edition changes will be KEYS for locked events, the opportunity to REVIVE unconscious players (rather than dying), new CAMP EVENTS, and HOST TESTS you can build to help discover the Thing, and MORE!  We are also introducing FOUR NEW CHARACTERS (Barclay, Benning, Connant, and Caldwell) in two expansions to add to the fun and paranoia. More details to come in the coming weeks.

WHAT WILL YOU HAVE TO BUY?

Actually, you don't have to buy anything. The game is still great as is, but we are excited about the new changes we're introducing.  Since you already own the game, you will have the chance to buy an upgrade pack that will simply change out pieces and parts without having to buy a complete new game.  The four new characters may interest you, too, but this is still a 3 to 6 player game, so no pressure there either.  Just follow the project and decide for yourself.

We hope you'll join the fun March 2nd, too!  www.whogoesthere2.com

Until then...have a great week!